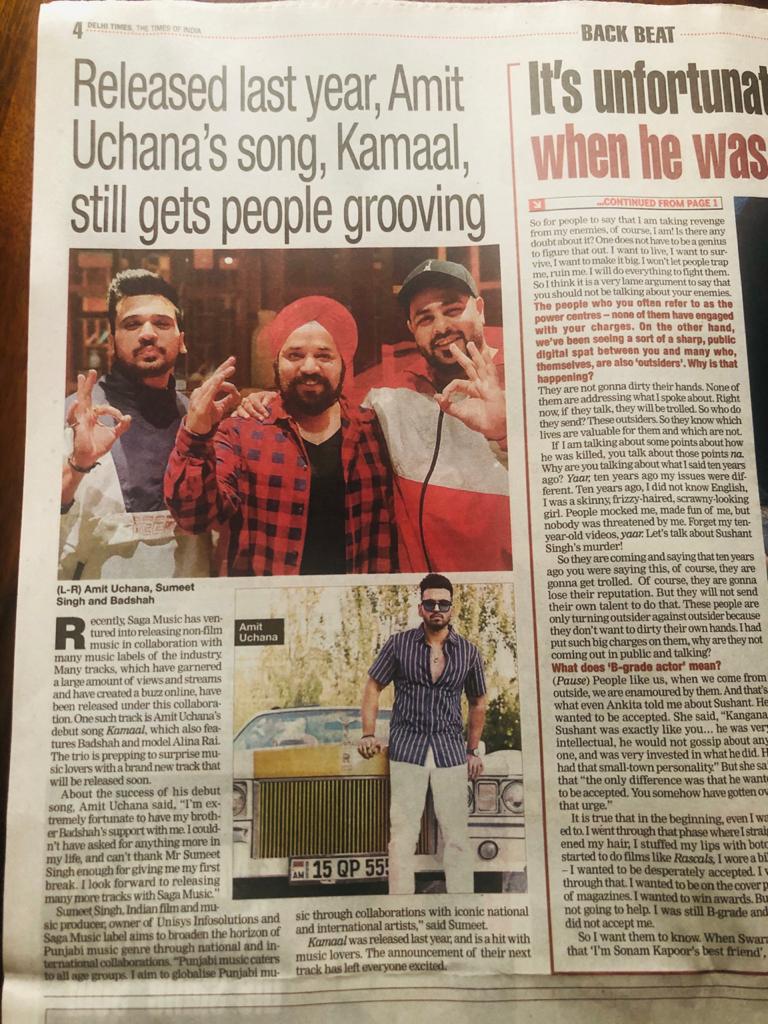 Recently, Saga music has ventured releasing non-film music in collaboration with many music labels of the industry. Many tracks which have garnered a large amount of views and streams have created a buzz online, have been released under this collaboration. One of such tracks is Amit Uchana's debut song kamaal, which also features Badshah and model Alina Rai. The trio is preparing to surprise music lovers with brand new track that will be released soon.


About the success of his debut song Amit Uchana Said "I am extremely fortunate to have my brother Badshah support with me. I couldn't have asked anything more in my life and can't thank Sumeet Singh enough for giving my first break. I look forward to releasing many more tracks with Saga Music"

Kamaal was released last year and hit with music lovers. The announcement of their next track has left everyone excited.